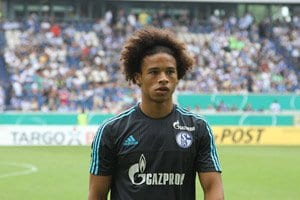 The Barclays Premier League has kicked off and there has been plenty of activity in the transfer window. Transfer betting has become a sport in itself. So, with a week to go until the window closes we take a look at the clubs we think will be welcoming some new faces in the near future.

Leicester are fighting to keep hold of their star players, Manchester United are trying to become the United of old and Arsenal have been very quiet in the transfer window (as usual). The preseason friendlies have taken place and teams can assess the quality present in their squads and where they need to strengthen. The likes of Liverpool and Chelsea are looking very strong after some new additions. Let’s take a look at some of the Premier League’s player transfers.

Leicester have been fighting to keep their title-winning players from the hungry, money-spending teams. Probably the best bit of business Ranieri has done is tie Kasper Schmeichel down to a five-year contract. He’s as good as any new signing and his record of 13 clean sheets last season proved to have a huge impact on their success. They have already lost Kante to Chelsea but his replacement in Ahmed Musa looks to have been a good signing with two goals on his debut against Barcelona in a 4-2 loss. Mahrez is still at the club but his future is still uncertain with speculation surrounding the player. Arsenal are showing keen interest and Ranieri can only do so much to stop his players from leaving to big money clubs. Leicester are still looking like a top club; they we’re only just pipped to a 2-1 defeat to Manchester United in the Community Shield thanks to a late winner from Ibrahimović.

Eddie Howe has been a busy manager in this transfer window. The Cherries have made eight new signings, including record-signing Jordon Ibe from Liverpool for 15 million. Ibe is a good signing for them. The attacker brings flare and pace to a team that lacks in those areas, they have also takien Nathan Ake on loan from Chelsea. Ake had a great season on loan at Watford, helping the newly promoted hornets to a mid-table finish. Howe has also signed another attacking player in Lys Mousset from French League 2 side La Harvre. The 20-year-old striker had a successful season and has won caps for the France under-20s side.

Sunderland quickly replaced outgoing manager Sam Allardyce, who is the new England manager, with David Moyes, who takes his first job back in the Premier League since leaving Manchester United. Sunderland have released a lot of their players, including Wes Brown, Danny Graham and Steven Fletcher. They have forked out 8 million for Papy Djilobodji from Chelsea. The 27-year-old Senegal international is a centre back by trade but can play as a defensive midfielder. The defender did not feature for Chelsea last season so he will be looking to make a statement on his return to first team football. Sunderland will likely make another signing or two this transfer window.

Pep Guardiola hasn’t slowed down his transfer activity, with the Spaniard putting pen to paper with some big summer signings already. Now he has added the young and very talented Leroy Sane from Schalke 04, Marlos Moreno from Athletico Nacional and Gabriel Jesus from Palmerias, who is another very exciting player. However, Jesus will not join up with the City team until January 2017. The signing of Leroy Sane has caused some confusion over the future of 50 million signing Reheem Sterling, who he could be replacing. Sterling has been on poor form recently having had a very bad performance for England in their shocking Euro campaign. Pep has released Martin Demichelis and has already sent new signings Mooy and Moreno out on loan. The manager is clearly building a team for the future and this City squad under Guardiola will surely make for a thrilling season.

The Saints have made Claude Puel their new manager after Ronald Koeman left to join Everton. Southampton have been busy in the transfer window having sold most of their best players to Liverpool in the last few seasons. New signings include Nathan Redmond from Norwich, Alex McCarthy from Crystal Palace, Jeremy Pied from Nice and Pierre-Emile Hokbjerg from German giants Bayern Munich. They have already sold star players Sadio Mane and Victor Wanyama this summer. They still have some solid players but I don’t see them replicating their success in the last few seasons.

Jürgen Klopp will get the chance to revamp his Liverpool side this summer and begin his first full season in charge with a fresh batch of players. He’s already been very active this transfer window having sold, released and loaned out more players than any other manager. The likes of Jordon Ibe, Jose Enrique, Joe Allen, Teixerira and Martin Skrtel have all left the reds. Klopp has already signed Sadio Mane, who has proved to be a hit in preseason scoring in a 4-0 thumping over Barcelona. Then Liverpool went on to lose 4-0 to Mainz 05 in a preseason game. Klopp has now added Georginio Wijnaldum from Newcastle and Ragnar Klavan and Alex Manninger, both arriving from Augsburg. Klopp is certainly gunning for goals and trophies this season and it looks like the German could be on to something here. Liverpool will be an exciting team to watch.

Gary Monk will be looking to improve on last season’s finish and this summer he’s been moving and shaking his squad. He’s made some good signings in Leroy Fer from QPR, Mike van der Hoorn from Ajax and Fernando Llorente from Saville, who should prove to be a top talent for the swans. Swansea have also signed Tyler Reid from Manchester United while Portuguese European Cup hero Eder has left for Lille. Gary Monk will certainly work wonders with his squad but he still has the challenge of keeping hold of Wales hero and captain Ashley Williams, who has drawn some positive attention after leading Wales to the semi-finals in Euro 2016.

Got a feeling your club is going to make that big signing any day now? Check out the transfer betting markets at some of our recommended football online sportsbooks.