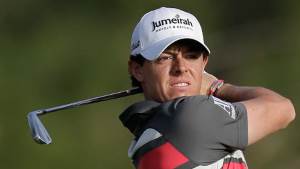 After landing an upset victory in 2014, Europe’s finest assembled golfers head to the Hazeltine National Golf Club in Chaska, Minnesota this September to compete for the 41st Ryder Cup. Usually accompanied by a strong betting market, this year’s Ryder Cup looks set to be compelling viewing for sports fans the world over, with the year’s biggest form players battling it out for pride and glory in this most prestigious of matchplay tournaments.

Adopting a different approach from your usual 4-day tour event, the Ryder Cup opens up a plethora of new markets, with opportunities abound for smart betting. But how are the teams stacking up ahead of the event getting underway, and who might you expect to make an impression on this year’s contest?

The European team enter the 41st Ryder Cup as reigning champions, after their impressive win at Gleneagles back in 2014. Lifting the trophy for the third consecutive time, captain Darren Clarke will be hoping to continue the era of European dominance going into this year’s event. The European team is again looking strong, with Rory McIlroy, Danny Willett, Henrik Stenson and Sergio Garcia just some of the star-studded list of names wrapped in the European flag.

For Davis Love III, the challenge is arguably even more significant. His country expects a turnaround in the fortunes that have seen the US team fail to win since 2008. Dustin Johnson, Jordan Spieth and Patrick Reid will be complemented by the vast Ryder Cup experience of Phil Mickelson, returning for his 11th Ryder Cup outing this year.

While form is arguably still on the European side, this American team looks like a tough nut to crack. Indeed, there are a number of players in the field who could well be writing their names into the history books, pending an impressive performance this month.

Who will make waves this year?

Rory McIlroy resumes his Ryder Cup career, this time as world number two to Henrik Stenson. The Northern Irishman has already played in three Ryder Cups, and at the relatively young age of just 27, will still feel the pressure to pick up points for the team. Having never lost a Ryder Cup in his career, and entering the field as one of Europe’s foremost hopes, McIlroy really needs to be making moves from the off if Europe are to retain the trophy for an historic fourth time.

Phil Mickelson brings an incredible wealth of experience to the field for the US, and is sure to be an asset to the team as they seek to put an end to the recent dominance of European golf. Especially in the closing stages, Mickelson’s big tournament experience could count for a lot, particularly if the US are chasing going into Sunday.

Thomas Pieters is one of Europe’s young guns, a wild card entry handpicked by captain Darren Clarke. His 17-under-par win at the Made in Denmark European Tour event in August sees him enter the Ryder Cup with a winning taste in his mouth. He’ll now be looking to carve a name for himself on this truly global stage. At just 24, Pieters is still to come into his golfing prime, but he could be one of the rookies to watch as this year’s competition gets underway.

Jordan Spieth is arguably one of USA’s greatest assets. Still just 23, the former world number 1 returns for his second Ryder Cup with a point to prove. After missing out on the win in 2014, Spieth has the talent and the determination to cause serious problems for the European team, regardless of his pairings. America expects, and Spieth all too often delivers. He’ll almost certainly be one to watch over the course of this year’s Cup.

So, where should the smart money go? It’s probably too neat to suggest backing an outright bet, but home advantage sees the US start as favourites, with Europe available around 15/8. The Top Points scorers appears far more lucrative – Rory McIlroy and Henrik Stenson are both available at 4/1 and 5/1 respectively, and look certain to be picking up some points for Europe this time out. At a longer shot, Lee Westwood and Thomas Pieters are in at 10/1 and 12/1 – at that price, well worth a further look.

Whatever happens at Hazeltine, it’s sure to be a gripping tournament. History is all too often made at the Ryder Cup, so whichever way you bet, you’re surely in for an entertaining few days.

If you’re looking for a new sports betting site to place your golf bets you’ve come to the right place. Our ranking of UK online sportsbooks is updated often, so you always know you’re getting the latest recommendations.