The Top Online Sports Bets of the Month – January 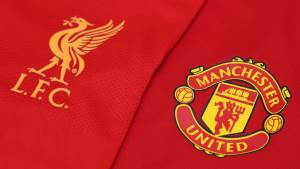 It’s a new year but the big sporting events keep coming thick and fast. We’re coming to the end of the Christmas-New Year pileup in the Premier League but the African Cup of Nations is right on the horizon, so don’t expect any drop in the tempo.

We take a look at the all the fixtures that are exciting the Top 5 Sports Betting Sites team this January.

What better betting opportunity is there than the FA Cup? This is where accumulator bets stand the best chance. Depending on the FA Cup draw, we see many bigger and more established football teams face teams from lower leagues. If you’re ever going to do an ambitious 10-fold or even 14-fold acca (if you’re that sort of bettor), then the FA Cup is the best time to do it. Manchester United take on Reading, Watford are at home to Burton Albion, Arsenal have Preston, and many more fixtures sway in the favour of a much stronger team. We’ll be placing a juicy 10-fold with a few win-draw-wins to keep things on the safe side. There’s always an upset in the FA Cup, try to eliminate these with a win-draw-win on some of those stubborn lower league teams. There are plenty of fixtures to pick from so there’s lots of betting fun to be had!

The Africa Cup of Nations is one of the biggest international football tournaments. It’s always unpredictable and often very entertaining. The best teams in Africa come together in a knockout tournament that usually entails in lots of goals and some great football. Ivory Coast are the current champions and will be defending their title against the likes of Egypt (most African Cup of Nations titles), Morocco, Algeria, Cameroon and many more top nations. There are always lots of goals in this tournament, as these nations have got some top goal scorers but lack quality when it comes to goalkeepers and defenders. I would put a bet on the top goal scorer and the top scoring team, not to mention the outright winner. Ghana, Mali and Senegal are all worth a bet with favorable odds while Egypt, Ivory Coast and Morocco offer shorter odds but look likely to be in the final stages.

Manchester United vs Liverpool is one of the most anticipated fixtures of any season. These Premier League rivals have a long history of memorable games, and this season’s game looks to be another thrilling match. Jose Mourinho’s United will be looking to play catch-up on Jurgen Klopp’s Liverpool. United are scoring more goals in their recent games and Klopp’s Liverpool have been playing out-and-out attacking football that has seen them as one of the highest scoring teams this season. Jose Mourinho needs big teams (like Liverpool) to drop points. So expect him to pick his strongest team and send them out with some feisty tactics that will surely bring in goals. This will be a must-win match for both teams, with both looking to solidify a top four finish. There will surely be goals at either end in this fixture. I will put my bet on a Man United win with both teams to score and if I’m feeling adventurous, I might include Zlatan Ibrahimović as an anytime goal scorer. I don’t see Liverpool winning away at Old Trafford against Mourinho’s United, but a draw is possible.

The 2017 Australian Open Tennis Championship takes place in January and is the first of four tennis grand slams held during the year. This tournament is played on a hardcourt surface which bodes well for some players and not so well for others. Serbia’s Novak Djokovic will be the clear favourite, having defeated Andy Murray in straight sets 6-1, 7-5, 7-6 to win the tournament last year. Djokovic has also previously won the Australian Open in 2008, 2011, 2012, 2013 & 2015. Andy Murray will be looking to add this trophy to his shelf and looks like a strong contender after a successful year. I will be placing my money on Murray where the odds are more favorable. Andy Murray is looking in form and stronger than ever. Serena Williams lost out last year to Germany’s Angelique Kerber, Serena Williams will go in as favourite and it’s hard to see her losing again. I think she will be a clear winning and would therefore place a double for Andy Murray and Serena Williams to win the Australian Open grand slam.

Carl Frampton’s WBA world featherweight title rematch against former champion Leo Santa Cruz looks to be one of the most exciting boxing matches of the year (if the first bout is anything to go by!) Frampton beat Santa Cruz in a thrilling bout in July to become the first Irish fighter to win world titles in two weight divisions. The first fight was a war and the second fight looks like it will be equally hard fought. I can only see this fight go all the way with Frampton claiming another decision. The Mexican has vowed to focus more on training and promises to take the victory in the rematch but Frampton has the skill and tenacity to outpoint Leo Santa Cruz. I will be placing my bet on Frampton to take the decisions, but I’ll also put in a Frampton win by TKO in the later rounds to add a little more fun to it!