The Top Online Sports Bets of the Month – November 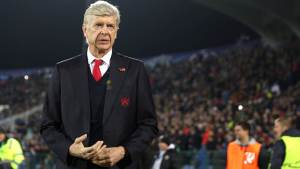 There’s two big football matches – one international and one domestic – and the culmination of another dramatic Formula 1 season too, while the world’s top golfers take to the course in Melbourne for the unique World Cup of Golf. Where will your money go?

The age old rivalry of England vs. Scotland has always been entertaining, especially when it comes to football (remember Gazza’s Euro 96 goal?). The home nations do battle on the football pitch again in a World Cup Qualifier. It will make for a fun betting opportunity, that’s for sure. England are still looking pretty poor and only managed to put two goals past Malta in their last game. Manager Gareth Southgate will be looking to get the goal tally up against the stubborn Scots. He’s stated that he’ll stick by Wayne Rooney regardless of the poor form. This game could easily end in a draw (and a low scoring one at that!) But, a rivalry might be what England need. Scotland have had a very poor campaign so far and their team is lacking in quality. England could put more than three goals in the net and that’s where my bet would be: 3-0 to England. I would also have Daniel Sturridge down as first goal scorer.

If you’re a golf fan, then you’ll no doubt be looking forward to the world’s best players competing in the World Cup of Golf. All the biggest names in golf will be honing their talents in Melbourne in a bid to be crowned world champion. 28 countries will compete as two-player teams in a very entertaining format. It’s competitions like these that bring out the best in players and we could well see a surprise duo take the competition by the horns and topple the big stars. But with golf comes different courses and this will separate the favorites. With Jason Day not competing, it’s Adam Scott and Marc Leishman representing the host nation and their expertise on the course will prove to be a big advantage. I would place my bets away from the favorites and opt for Spain, Ireland or Japan.

There’s nothing better than a super Saturday of great football matches, a perfect day of betting. This day brings together the mouthwatering fixture between United and Arsenal, but even more so, Mourinho and Wenger. Jose Mourinho will be looking to close the gap, which seems to be getting bigger. But Arsenal are on good form at the moment and look capable of beating anyone. I would still side with Manchester United on this one, as I can’t see United losing at home to Arsenal. Mourinho should be fearing for his job if he does. There’s plenty more football action to get involved in too, so I’ll certainly be placing an accumulator and I’ll put myself in for a United 1-0 win.

Now in its eighth spectacular year, the 2016 Formula 1 Etihad Airways Abu Dhabi Grand Prix will be returning to the iconic Yas Marina Circuit. The world’s only twilight race will be the final race of the 2016 season, and could potentially decide the F1 driver’s championship title once again. At this stage in time is looks like Rosberg will be champion but Hamilton is still in the race and clinging on to a slim hope. The chance of this race being a title decider is unlikely but that doesn’t mean you can’t have some thrilling bets. Sabastian Vettel knows this track well and has won on it more than anyone else. He could pip a top 3 finish or even a first place. We can only hope that the battle for the titles comes down to this race with Mercedes team mates, Rosberg and Hamilton putting on a thrilling showdown, at this stage I can only see Rosberg taking the title, but not the win in this race. Hamilton will likely be favourite. Rosberg will be looking for his first title and Mercedes would surely prefer that their German driver gets the title for a change, something Hamilton will not take easy.