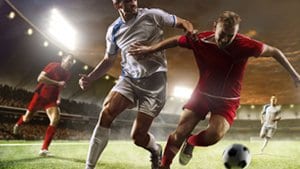 April provides a veritable feast of sports betting opportunities and here are some standout bets that can help you in the battle to beat the bookies:Grand National – Blaklion For World’s Most Famous Race

Blaklion is a Grade 1 horse running in a handicap and that recipe for success still applies even when we are talking about the Grand National which is the most viewed race in the world. It is known as the People’s Race in the UK and attracts more casual punters than any other race in the sport. The fences have been modified in recent years to make the race safer but it still has the intrinsic demands of 30 fences over almost four and a half miles.

In recent years the National has become more akin to a high class staying chase than the open nature of previous years. In fact the top 10 in the weights would not look out of place in the Cheltenham Gold Cup. Blaklion won the RSA Chase at Cheltenham last season and that contest identifies the champion novice. Most winners have then graduated to conditions chases but Blaklion has taken the handicap route.

The horse was second to Vieux Lion Rouge in the Haydock National Trial giving weight. Blaklion wasn’t stopping at the end of the 3 miles four furlongs test so has the stamina and class to be competitive in the National. The horse is trained by Nigel Twiston-Davies who prepared the winner in 1998 and 2002 and Blaklion can give him his third win in the toughest steeplechase of all.

US Masters – Jon Rahm The Man To Back At Augusta

Spain has a history of producing world class golfers and Jon Rahm can be the next in line. Severiano Ballesteros, Jose Maria Olazabal and Sergio Garcia have scaled the heights of the game. Garcia has never quite won the major championship his ability warrants but Ballesteros and Olazabal won the US Masters and Rahm can become the next Spanish golfer to win the first major of the season.

Rahm was the leading amateur in the world last season and has made a superb start to his professional career. He has already won a tournament on the US PGA Tour and pushed Dustin Johnson all the way in the final of the world matchplay. Johnson has now won his last three events and the last player to do that was Rory McIlroy in 2014. Both go to Augusta in good shape but Rahm can pick up the Green Jacket.

The Masters is the only major played on the same course each year. Augusta National has wide fairways and its main defence is the treacherous greens. Rahm has the confidence of youth not to be intimidated and the long game to set up plenty of eagle and birdie opportunities. He can hole enough putts to win this year’s US Masters.

Tip: Jon Rahm to win the US Masters.

Champions League – Juventus Can Be Best Team In Europe

Juventus have drifted in the betting for the Champions League after drawing Barcelona in the quarter-finals. They will be facing arguably the best forward line in world football but Juventus have one of the best defences in the game and in Gianluigi Buffon still one of the best keepers. The tie is a classic meeting of contrasting styles but Juventus can prevail and go on to become the champions of Europe for the first time since the 1995-96 season.

Juve have won Serie A in Italy in the last five seasons and were 1/20 at the start of April to do the business again. At the time of writing ahead of the last 8 clash with Barcelona they had won nine of their last 10 league matches and drawn the other one. Juventus have the best defensive record in Italy this season but two teams have scored more goals. They have the strikers to punish Barca and the back line to limit the damage from Lionel Messi, Luis Suarez and Neymar.

Barcelona reached this stage of the Champions League after the biggest comeback in the history of the competition. They were outplayed by PSG in the first leg of their last 16 tie but came through in amazing fashion. The 6-1 second leg win when 4-0 down turned on a penalty decision that was debateable. Juventus will not play with the extravagance of PSG so can win the tie and then the Champions League.

FA Cup – Tottenham To Run Around Wembley With Cup

Despite shocks in the earlier rounds the cream usually comes to the top in the FA Cup during the Premier League era. In fact only two finalists over the last 24 years did not play in the top division. The average finishing position of the Cup winners over the spell is fifth. In most years the competition is won by one of the superpowers of the English game. Tottenham are establishing themselves in that elite and can win the FA Cup for the ninth time and first time since the 1990-91 season.

The semi-final tie with Chelsea is winnable. Even though Chelsea look nailed on to win the Premier League at the start of April, Tottenham had picked up most points during 2017. There is no doubt they are the second best team in England and are good enough to beat Arsenal or Manchester City in the final. The four last four sides are from the top six in the league table ahead of the semi-final matches. Tottenham are good things to qualify for the Champions League and win the Cup.

In Dele Alli they have one of the best players in the country and this season he has added more goals to his game. Harry Kane is a doubt for the Chelsea Cup match but Tottenham have continued to score goals during his injury break. Chelsea will win the Premier League but might have the overseas staff not totally focused on adding the Cup. Tottenham can take advantage to progress to the final and then beat likely opponents Manchester City in that contest.

Chelsea are the only English team to have won three different European honours so it would be ironic if their former manager in two spells, Jose Mourinho, led Manchester United to match the achievement. United have been champions of Europe three times and won the Cup Winners’ Cup early in the Alex Ferguson era but have never won the UEFA Cup or its latest version, the Europa League.

Mourinho understands the value of winning competitions and takes each one seriously. United have already won the League Cup this season and look worthy favourites to add the Europa League. Team selection in recent matches suggests Mourinho believes winning the competition is a more likely route into the Champions League than finishing in the top four in the Premier League.

United had too many draws early in the season to challenge for the title and at least four teams are better placed ahead of the run-in. Mourinho will focus on the Europa League as winning it would put United into the history books and the Champions League next season which is his main target now the league cannot be won. That process can begin by beating Anderlecht over two matches in their last eight tie.

At the best prices across our range of bookies this accumulator pays 39,868/1. Can you break the bank at Monte Carlo?