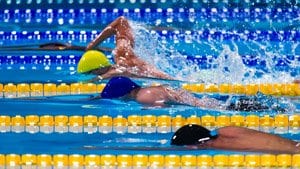 Every month there is more sport to look forward to and that means more betting opportunity. We’re still in the summer months and we still have a summer of sport to come. Let’s take a look at the best sports bets of the month.

The Premier is back and it looks to be as exciting as ever with new managers and players drawing attention. We all saw the odds offered on Leicester to win the Premier League last season (5000-1). It proves that anything can happen. Will Leicester defend their title or will one of the big spending teams take back glory? Now is the best time to place an Outright Bet on a team to win the title, as there’s great odds on title defenders Leicester, as well as Spurs who fell short at the last hurdle. Another great bet is on who will be leading the title over Christmas. We all know how turbulent the premier league is in the first few months.

If you’re a fan of the game then you’ll fancy picking the top goal scorer. You can find some favourable football odds at the start of the season, and with big names like Zlatan Ibrahimović entering the Premier League, Harry Kane coming off a poor national team performance, and Jamie Vardy returning after a prolific season, there are some good bets on the table. Sergio Agüero will be leading the charge in a dangerous looking Manchester City team led by the almighty Pep Guardiola who will be looking to make a statement in the English Premier League. Then there’s Troy Deeney and Odion Iglaho who are (somehow) still at Watford. One of the most potent strike partnerships of the season, these two will surely put on another wondrous season with floods of goals. I feel that these two will be the top-scoring strike partners of the new season. Will Zlatan be a hit or will Vardy prove a one hit wonder? Either way, it’s worth a flutter.

The Olympics is in full swing and with new inclusions of golf and tennis it seems that there is more betting opportunity than ever this year in Rio. Athletics looks to be an enticing opportunity to lay some attractive bets. Mo Farrar and Usain Bolt are clear favorites on the track but have some tough competition with the likes of Ethiopia’s Muktar in the 10,000m and Justin Gatlin in the 100m sprint. Another handsome looking bet is Great Britain and Ireland winning less than 3.5 gold medals in the Athletics. You can find good odds and it is worth an early punt as the odds will surely shorten when injury concerns start happening.

In late August the F1 Grand Prix takes place at the world famous Spa-Francorchamps in Belgium. It’s a tough track and will prove a challenge for the likes of Hamilton. He will likely go into the competition as a favourite but if there is going to be a slip up or another winner then it’s probably going to be on this track. This is a good betting opportunity to back a racer like Vettel, who is the track record holder, or Kimi Raikkonen who will be fighting to make up the points. We’d even go as far to predict that there will be a few non-finishers. Either way, if you’re a fan of F1 and a fan of betting then this is a great event to get in on some action.

Ready to add some excitement to your summer? Check out our latest picks for the top UK online betting sites right here.