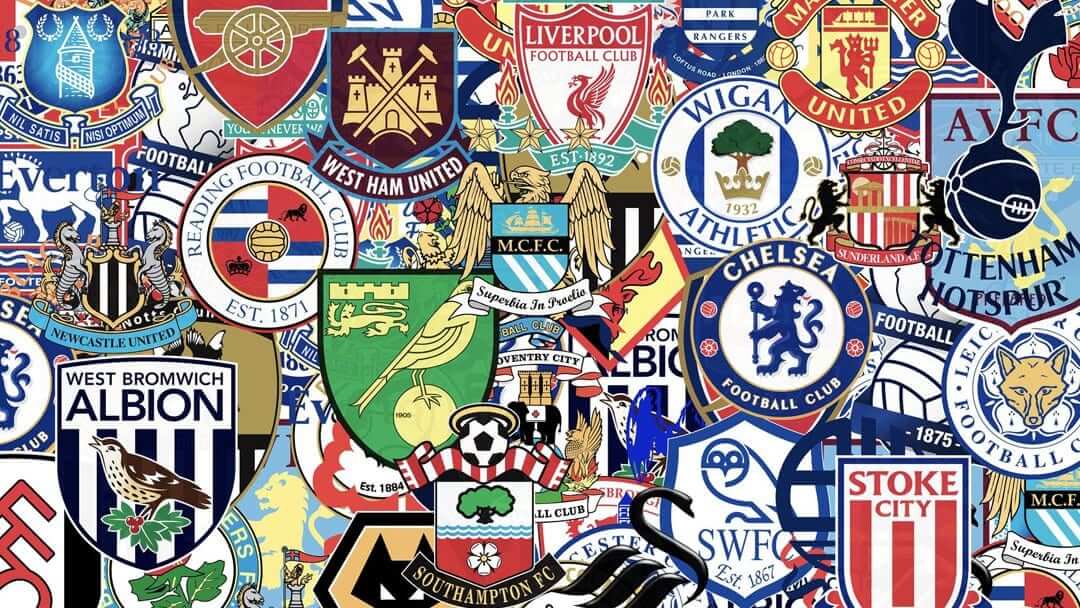 With the COVID-19 pandemic throwing football and all other major sports leagues in the world into bizarre times with broken seasons, messy competition formats and empty-stadium games, the English Premier League is also now starting to find its way back into sort of a new routine.  The official countdown begun, and Top5SportsBettingSites is waiting until the one of the world’s most followed football leagues is kicking off on Saturday, September 12 with 6 great matches.

Clubs, fans and bookies of course are all looking carefully at the fixture list that was released last week in order to try and determine which clubs have an easy start and which will face an uphill battle on their season debut.

There are many football spectacles that shouldn’t be missed, especially if you are looking to place a bet on your favourite club.  So our team at Top5SportsBettingSites created a guide of the must-see fixtures to get you started with.  Excited to get back into Premier League football action? So are we, so let the games begin!

Like any other sport that is trying to make a return amidst the Coronavirus pandemic, the English Premier League is also doing its best to return to the new normal, but the 2020-21 fixture schedule is anything but a sign of normality, our Top5SportsBettingSites team thinks it’s actually crazy.

After the first match is kicked off on the September 12 weekend, it’s pretty much a non-stop schedule with only four midweeks to spare until the Champions League Final on May 29, so all of these midweeks will need to be packed with Premier League games.

With the first month of the Premier League 2020 season lost due to COVID-19 and the June 11 start of Euro 2021, Premier League teams will face an insanely packed schedule – especially the clubs that are in European competition.

When Will Fans be Allowed Back in Stadiums?

In a statement to the press, the Premier League spokesperson said that the league is “committed to getting fans back into full stadia as soon as possible, with safety always being a priority.” For now it appears that the earliest possible date to get a small group of fans into the grounds will be October 1 with accordance to UK government regulations.

The clubs are planning with accordance to the assumption of 30% capacity in initial stages, and what happens after that will depend greatly on the outcome of COVID-19 infection rates in the events specifically and the UK at large in the upcoming weeks and months.  Accordingly, many sportsbooks featured on Top5SportsBettingSites don’t expect that full stadia will be something we’ll see in the 2020-21 season.

A Late Start for Some Clubs

The Premier League clubs were guaranteed at least 30 days of a break before starting the new campaign.  With Manchester City and Manchester United knocked out of the European competition on August 15 and 16 respectively, these two are bound to miss the opening weekend of September 12 and 13.  Manchester City were supposed to host Aston Villa at Etihad and Manchester United were scheduled to play away at Burnley on that first weekend, but both of these games will have to be moved, with dates yet to be confirmed by the Premier League.

The Wolves and Chelsea are also now looking at a first weekend off because they both played in European fixtures in August.  So they will get a two day grace period and will start on Monday night at away games with the Wolves playing against Sheffield United and Chelsea facing Brighton.  Top5SportsBettingSites noticed that out of the four teams, only Chelsea will not play a Carabao Cup second-round tie on that same midweek.

The Must Watch Games

If you are into sports betting you must be all excited and getting ready for a lot of punter action on both old and new teams in the Premier League.  Liverpool can now start working on defending their title, and proving to the Premier League and the rest of the world that they really deserved it and it’s not just a combination of luck and Coronavirus circumstance.  Manchester City will work hard on claiming back the title and showing that all the money spent on stars doesn’t go to waste and across the city, Manchester United will also try to restore old-day greatness.

Many think that betting on the new clubs that have been promoted will be like spinning the roulette at a casino with Leeds United, West Bromwich Albion and Fulham being thrown into a crazy, busy schedule which although being tough, will allow them to start working right away on gaining points that will keep them safe from being relegated back to the Championship after one season.

Top5SportsBettingSites gathered for you the biggest clashes between new and old rivals, so let’s have a look at the Premier League 2020-21 matches that can’t be missed.

In this battle between defending title holders, The Premier League champions will face the Championship champions in the opening weekend for a match that Top5SportsBettingSites think is probably as good as it gets.  There’s a long history between the two sides, with a bitter rivalry dating back to the 1960s.  So after 16 years away from the premiership, Leeds United is getting the best homecoming with one of the most anticipated matches of the season.

This will be baptism by fire for Leeds all around, not only for their players but also manager Marcelo Bielsa who will be facing Jorgan Klopp in his first-ever match in the top flight.  But Liverpool should also be concerned about facing a side that has been promoted and is now going to explode with energies on the field, determined to secure its new spot.  So if you are placing your bets, look carefully at the odds as there might be a huge upset in this match.

Frank Lampard and his blues could be strong contenders for the title this Premier League 2020-21 season.  Chelsea’s transfer deals this summer saw the arrivals of Hakim Ziyech and Timo Werner on the attack as well as Kai Havertz who arrived from Bayer Leverkusen to strengthen their defense.

Liverpool will be arriving to play at Samford Bridge as the defending champions but Lampard and Chelsea will look to make a statement at home, although without the home crowd present.  Liverpool was also on the race to sign Timo Werner from RedBull Leipzig, so Top5SportsBettingSites thinks that probably many sports bets and all eyes will be set on the German striker during this match.

Like everyone else, Top5SportsBettingSites remembers vividly Arsenal’s semifinal victory over Manchester City in last season’s FA Cup as a defining moment when young manager Mikel Arteta showed how much progress was being made by the gunners.  Personally, it also gave Arteta a win over former boss and world-football powerhouse manager Pep Guardiola just a few months after quitting the role of Pep’s assistant.

So when these two teams meet in the Etihad in October, Top5SportsBettingSites and football bettors will look closely to see if Arsenal is a powerful contender or Manchester City just had a few wobbles and they are ready to put their mistakes behind them and move back to Premier League dominance.  For both teams, this game will be a big showcase of the 2020-21 season prospects.

This old London rivalry will be ignited again in a clash that has always been a key fixture of the English Premier League.  Although both teams have been on an unsuccessful run lately, managers Jose Mourinho and Arteta are looking to get their clubs back into the top four after they had both failed to qualify for the Champions League last season.

The Spurs won the First North London Derby at their new stadium last July, but this time around there may be fans present to see the next match between the two.  Football sports betting sites also note that it will be crucial for the Golden Boot race if Harry Kane remains at Spurs and Pierre-Emerick Aubameyang stays at Arsenal this summer.

Manchester City will be seeking revenge after suffering humiliating losses against archival Manchester United in the two league games last season.  Both sides are looking for their return to greatness and they are both looking to position themselves against Liverpool as title contenders.  So this game will be a pretty big feather in the cap of either one of the Manchester clubs.

Top5SportsBettingSites also noticed that this game will be held about a week before Ole Gunnar Solskjaer’s two-year anniversary as United’s manager, so he must get the Red Devils closer to the Manchester City after trailing them by 15 points last season.

Liverpool and Manchester City have been crowned by new sports betting sites, media and fans alike as the two best teams in the English Premier League for the past three years.  So Top5SportsBettingSites will be looking closely with the rest of us at this game which will have a serious effect on the best-club title in the hearts of many.

Both teams already met at Etihad in November and this match can also end up being a decider in the race as it’s late in the season.  Just like the November match was close as the two teams were just one point apart when Manchester City won the second game between the two sides.

Top5SportsBettingSites also recalls that Manchester City has a terrible record at Anfield with the last win there being on May 2003.  So Pep Guardiola is definitely bringing his team to a game where mobile and other bookie’s odds are stacked against them.

Being played just one month before the season’s finish, this match can be very crucial for the ambitions, goals and aspirations of both teams.  But even if it’s nothing like that because things have been determined earlier in the season, it’s still promised to be a football spectacle for not only for supporters of both sides, but also for Top5SportsBettingSites staff and football punters all around.

This rivalry has a long history although it was put on hold with the relegation of Leeds United in 2004.  It will be the first time Manchester United visits Elland Road since October 2003, so it will of course make it one of our must-see fixtures.  As there aren’t many noisy and passionate stadiums like Elland Road, it should be a huge occasion, especially if supporters are already allowed in the stands and Manchester United is in town.

Manchester United vs Liverpool (May 1)

The meeting between these two north-western giants has always been a huge landmark for English football fans and sports betting operators, so why not use a free bet and get into the action?  More often than not these used to be the two biggest, most successful clubs in the Premier League but this hasn’t always been the case in recent years.  Therefore, each side has something extra to prove, even if within touching distance of the premiership title.

Liverpool’s recent success gave them their nineteenth league title, only one short of Manchester United’s record of twenty.  So Top5SportsBettingSites can just imagine how much Klopp and his team will want to match that record at Old Trafford.  And then there’s Manchester United with a big home crowed (hopefully fans will be let in by then) that will fiercely defend their record and try to go to 21 titles.  So whichever way it goes, this will be one huge game to watch.