The Top Online Sports Bets of the Month – December 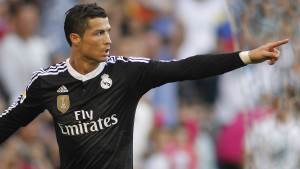 The year is rounding the final bend and the cold weather’s drawing in but the sporting action is just starting to heat up. We’ve got an iconic football match, the final jockeying for position in the Champions League group games, Anthony Joshua’s latest obstacle to world domination and Boxing Day racing from Kempton.

It’s the almighty El Classico football match between European Giants Barcelona and Real Madrid at Camp Nou is one of the most watched football games in the world and very much an unpredictable game. Lionel Messi and Christiano Ronaldo come face to face again with Barcelona looking to catch up on Real Madrid’s six-point lead. Madrid will be without superstar Gareth Bale while Barcelona will have the likes of Messi, Suarez and Neymar up top.

Zinedine Zidane’s team will be looking to run away from their rivals with the full three points. It will be a thriller and what better way to make it even more exciting than with a few bets? Barcelona are trailing behind on points and this is their chance to close the gap. The Catalan giants are favorites to win with some great odds on Madrid. I would go with the outsiders on this one and bet on Real Madrid to take the win with both teams to score.

It’s the last stage of the Champions League with teams securing their place in the last 16 of the biggest competition in club football. The likes of Manchester City, Arsenal, Atlético Madrid and Real Madrid taking centre stage. The last 16 have already been determined but the top finishers in many groups are yet to be decided. That doesn’t mean you can’t have a little fun with the fixtures. The Champions League is always a great opportunity for an accumulator, big European teams get matched with much smaller European teams and that means you can put on a nice acca.

I would do a 7-fold with the obvious teams to win with a win or draw on the hard-to-call matches.

British heavyweight boxer Anthony Joshua looks to continue steamrolling his way through the heavyweight division against American Eric Molina in Manchester. Joshua will be defending his Heavyweight Championship belt and nobody can see the Brit losing.

Joshua has knocked everyone out who has stood in his path so far and that’s probably what’s going to happen on the 10th December. That doesn’t mean you can’t place a bet on which round the fight will end. I would pick round 5 or 6 for Joshua to floor the American. If you like to bet on the underdog, then you’ll get some very enticing odds on the American to finish Joshua’s winning streak.

We all look forward to our football fix after the Christmas break and what better way than a great Boxing Day line-up of Premier League action. I like to put on a nice eight-fold accumulator with a win-draw bet on each pick for a double chance. The Premier League is very unpredictable at this time of year, the likes of Chelsea, Leicester, Manchester City, Manchester United and Arsenal are all playing, so there are some good picks to get involved in. I’d pick the favorites for a win-draw acca and place both teams to score for the Burnley, Watford, Swansea, Leicester and Chelsea games.

There’s more Boxing Day sporting action with the King George VI Chase at Kempton. This popular horse race has 18 fences over three miles with the very best horses and jockeys competing. It’s one of the biggest races of the season with plenty of betting options. Last season’s winner Cue Card is likely to take part and will be an early favourite to finish first again. Do your research and pick an each-way winner, as certain horses will be at their best for Kempton while others will be using the race as a stepping stone towards the Gold Cup later in the season.